During Japan’s imperialism period (1889~1945), they laid a railroad to plunder the resources of the Korean Peninsula. Because of this, they dug various tunnels through some mountains. One of these excavations is the former Namseonghyun tunnel in Chungdo, which became famous for persimmons. The original tunnel was completed in 1906, and another was added in 1937. These tunnels were not used any more after a new tunnel was opened for traffic.

Next, we’re going to have our dinner “Korea BBQ”

What we bought today as well as our supper

After wake-up, we’re having our breakfast at the same hotel that we stay.

Before getting into Everland, we’re having a steamboat nearby there.

Zoo-Topia is an animal themed portion. There are a petting zoo, pony rides, and animal shows. There is also a small zoo with polar bears, sea lions, penguins, bears, tigers and primates. A safari bus ride is available which shows animals roaming in a contained habitat.

There is a portion called Aesop’s Village where the characters and themes are primarily drawn from the fables of Aesop.

Magic land is an elaborate array of buildings and rides. 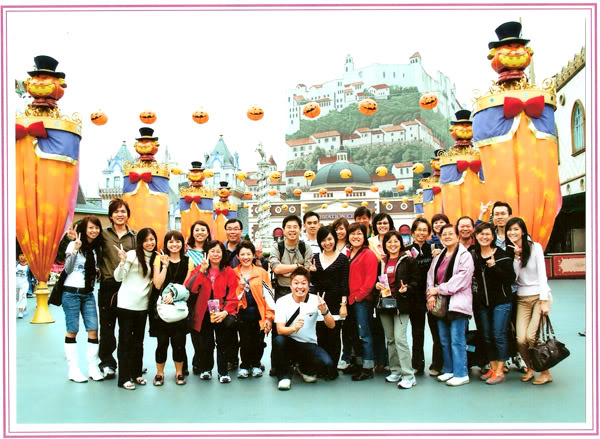