The Leaning Tower of Pisa is one of the most remarkable architectural structures from medieval Europe. 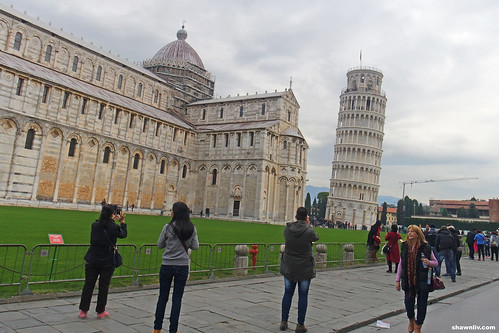 The Square of Miracles; Tower of Pisa stands at 60 metres and until 1990 was leaning at about a 10 degree angle.

With the final modifications to the tower made in the early 21 st century, the entire process took over 800 years. During this time it witness two great wars, civil war, change in religious governments, and a change in use. It was “completed” in 1350 (over 200 years after its initial construction), but has undergone constant additions and modifications since that date.

After lunch, continue the journey to renaissance beauty Florence. 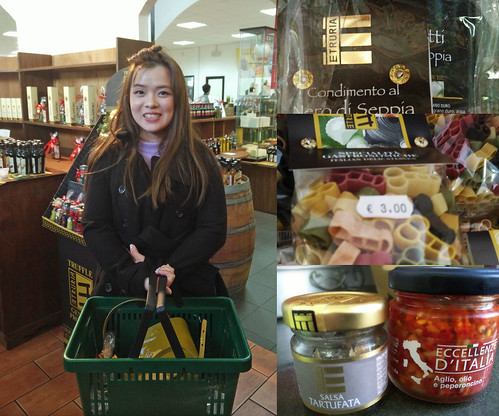 The Basilica di Santa Croce (Basilica of the Holy Cross) which is the principal Franciscan church in Florence and the largest Franciscan church in the world. Here, pay a visit to St John’s Baptistry and sculptures at Piazza della Signoria , the charming Ponte Vecchio bridge.

This plaque is actually a high water mark of the disastrous 1966 Flood of the Arno River. It is considered the worst flood in the city’s history since 1557.

Basilica Santa Croce during the 1966 flood in Florence.

The Baptistery of Florence was consecrated in 1059 and was named after St. John the Baptist (San Giovanni Battista), the patron saint of Florence.

The Gates of Paradise received their name by Michelangelo who is believed to have exclaimed: “they are so beautiful that they would be perfect for the gates of paradise”. The construction of the building began around the fourth century on the ruins of a Roman house. The structure was rebuilt several times, and was then consecrated on November 6, 1059 by Pope Nicholas II, born Gérard de Bourgogne.

Next, enjoy a relaxing Tuscan dinner with wine in the evening. 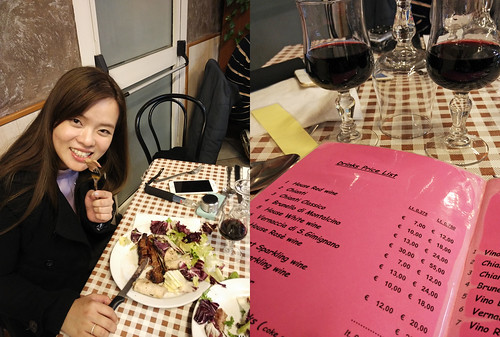 After dinner, checked into Novotel Hotel