In brief, it took about 12 hours to reach Rome International Airport – Fiumicino
from Singapore. It is Italy’s first airport and Europe’s sixth where traffic volume is
concerned.

After a long approximately of 12 hours flight, we landed in Rome, Italy
In short, Rome is the center of the world for centuries, the birthplace of Caesar,
and home to the Catholic Church, Rome is a city built on history. A visit to Rome
is a gateway to an understanding of Europe.

Next, we took light way train to the airport terminal. 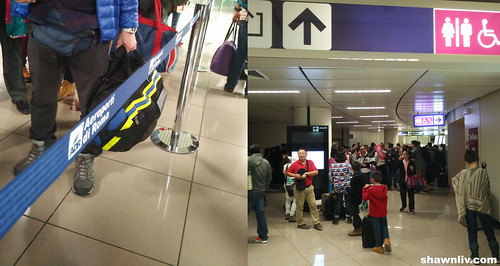 It took us awhile to clear the custom as it was 7.00 am in the morning. After
collect our luggage, boarding the tour bus and we set off for the first stop –
Castel Romano outlet.

The wide range of stores, ranging from iconic fashion brands like Valentino,
Roberto Cavalli and Michael Kors to athletic labels, like Nike and adidas, and
casual favourites, like Guess and Diesel. 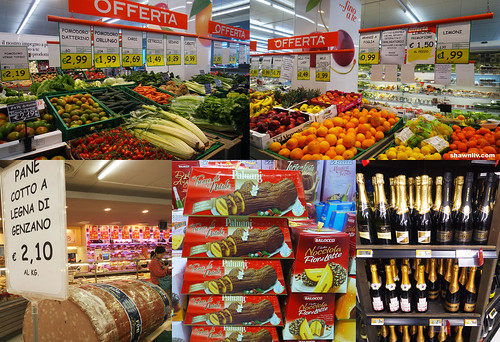 After shopping, headed to PAPA Rex restaurant for pizza & pasta.

It is a typical Italian restaurant. Overall, the staffs were prepared and friendly.
The pizza, pasta and house wine are good. Recommend the house wine.

After lunch, met with the local tour guide and proceed to Coleuseum. 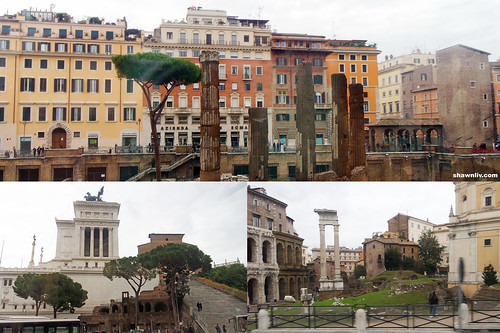 On our way to the next destination, Coleuseum.

The Colosseum or Coliseum, also known as the Flavian Amphitheatre, is an oval
amphitheatre in the centre of the city of Rome, Italy. It has about 80 entrances and can accommodate 50,000 spectators.

It is estimated that the games played in the Colosseum for hundreds of years
have taken the lives of about 500,000 people and over a million wild animals.
The Colosseum only took 10 years to build starting in 70 AD and was completed
in 80 AD using over 60,000 Jewish slaves. 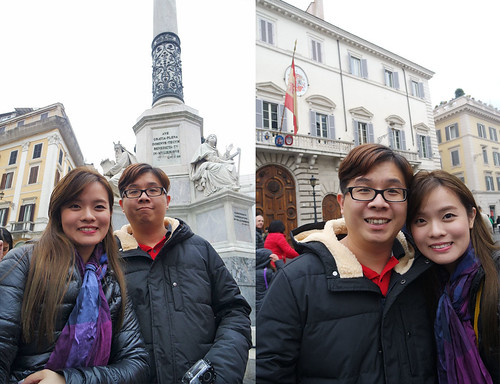 The stairway was built in the 1720s. The Spanish steps are very popular for people to hang out at and people watch. This place is also a popular place for pub crawls too.

A traditional legend holds that if visitors throw a coin into the fountain, they are ensured a return to Rome. The fountain is worldwide famous but many people do not know the history and the secrets hidden behind its construction. It is time to do justice to this
extraordinary masterpiece of Italian art.

Meanwhile, our tour guide recommended us Melograno, as our spot for gelato.
We enjoyed our delicious ice cream (which was not too expensive although this
shop / restaurant was in front of the Trevi Fountain) and pizza.
Next, proceed to Vatican City (Top Things to See and Do in Rome). The smallest
state in the world, based in Rome in Italy.

The Vatican City, one of the most sacred places in Christendom, attests to a great
history and a formidable spiritual venture. A unique collection of artistic and
architectural masterpieces lie within the boundaries of this small state.

At its centre is St Peter’s Basilica, with its double colonnade and a circular piazza in
front and bordered by palaces and gardens.

The basilica, erected over the tomb of St Peter the Apostle, is the largest religious
building in the world, the fruit of the combined genius of Bramante, Raphael,
Michelangelo, Bernini and Maderno. View down the central nave to the baldacchino and the yellow-windowed Cathedra of St. Peter, both by Bernini.

The dome of St. Peter’s Basilica was designed by Michelangelo, who became chief
architect in 1546. At the time of his death (1564), the dome was finished as far
as the drum, the base on which domes sit. The dome was vaulted between 1585
and 1590 by the architect Giacomo della Porta with the assistance of Domenico
Fontana, who was probably the best engineer of the day. Fontana built the
lantern the following year, and the ball was placed in 1593. 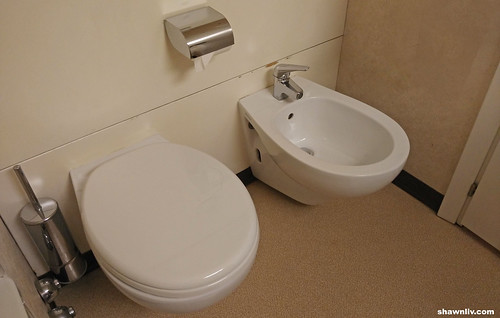 Bidet  is primarily used to wash and clean the external genitalia and
the anus, as well as the skin near these areas, including the perineum.