Nearly 1 hour, we reach Jeju International Airport. Consequently, we’re heading to one of the restaurants for our dinner “Seafood Steamboat”.

Jeju is popular for its seafood, largely because it is a coastal/ seaside place.

Since the night is still young, we decided to sight-seeing nearby the hotel.

Early in the morning, we’re having the famous abalone porridge on the Jeju island 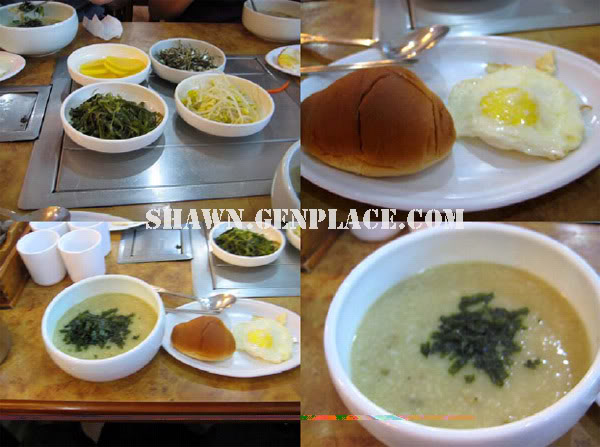 Jeonbokjuk (IPA: [tɕʌnpok tɕuk]) is a variety of juk (죽), or Korean porridge, made with abalone and white rice. Abalone is regarded as a high quality ingredient in Korean cuisine and was often presented as a gift to the king of Korea.The dish is a local specialty of Jeju Island where abalones are harvested a lot.

After breakfast, we’re heading to Seongsan Sunrise Peak, located 438m above sea level. Near the eastern town of Songsan-ri, a volcanic crater with vertical cliffs rises up from the shore. As the easternmost tip of Jeju Island, this area is the first to greet each day’s new sun, thus earning the name of “Sunrise Peak.”

Next destination will be The Submarine Tour, Jeju. It is a fascinating under sea tour offering spectacular view of the ocean floor through the glass windows of the submarine.

After that, we bought some souvenir and going to have our lunch “Korean BBQ black pork”

Jeju’s native pigs are covered in black hair so that they were called black pigs. The meat is chewy and nutritious, but does not have the unique smell of pork. The taste is preferable to other pork. Bulgogi (grilled pork) with spices or as a raw dish with soy sauce has a nice, mild flavor. The more you eat, the nicer the unique taste becomes.

After lunch, we’re going to enjoy horse riding in Jeju. 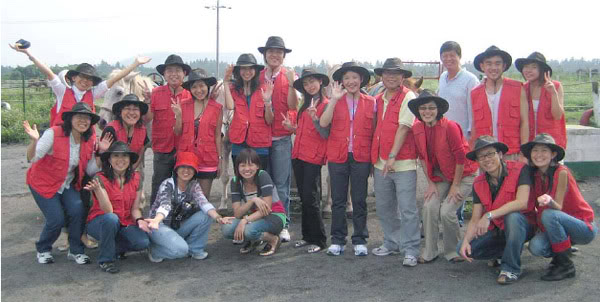 The Jusangjeolli (주상절리) cliff is a spectacular volcanic rock formation at the southern coast of Jeju Island, South Korea.

The museum is divided into several sections: one focusing on art (and where you find bears ala “Mona Lisa” or even The Last Supper); another on historical events; and a third, tracing the evolution of the Teddy Bear from the early 1900s to the present.

Next, the world’s most expensive teddy bear: the Louis Vuitton Bear. This one fetched 229,783,793 Korean won ($193,000.00) when auctioned for charity to help abused children around the world.

Focus on the Good! The good gets better! Blog: sh

If they can build Pyramids without machines, you c