After filling up, depart to Milan.

Midway to Milan (Shopping and Toilet break at Petrol Station). 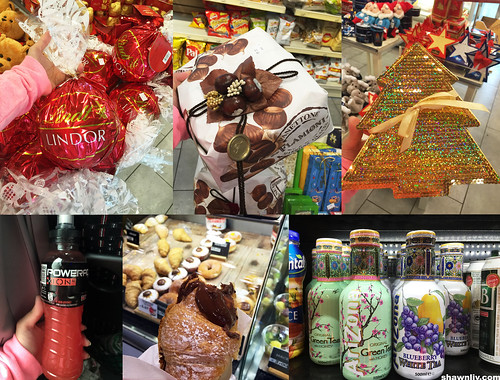 The first stop of the day is the La Scala, Milan. 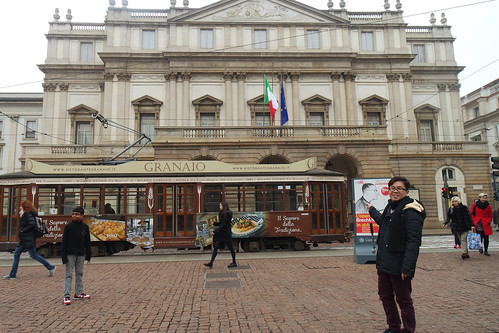 La Scala is an opera house in Milan, Italy. The theatre was inaugurated on 3 August 1778 and was originally known as the New Royal-Ducal Theatre alla Scala.

It is named after the renowned Teatro alla Scala opera house, which occupies the north-western side of the square; the building actually includes both the opera house and the Museo Teatrale alla Scala (La Scala Museum)

Next, San Fedele is a Jesuit church in Milan, northern Italy. It is entitled to St. Fidelis of Como, patron of the Catholic diocese of Como. 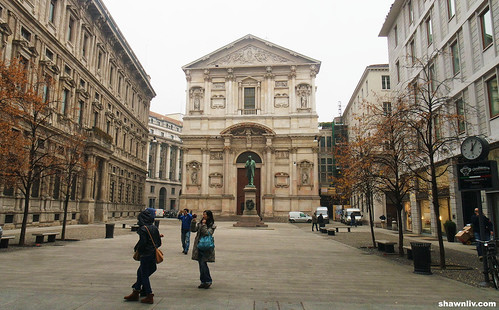 Visit The famous Milan Cathedral as our next stop.

The Duomo, Milan’s Cathedral, is the most important gothic architectural work in all of Italy. From the rooftop terraces you can have a wonderful view of the city between the famous spires called the guglie. Milan Cathedral is the seat of the Archbishop of Milan, currently Cardinal Angelo Scola. The Gothic cathedral took nearly six centuries to complete. It is the 5th-largest church in the world and the second largest in Italy.

It was shopping time at The Galleria Vittorio Emanuele II. 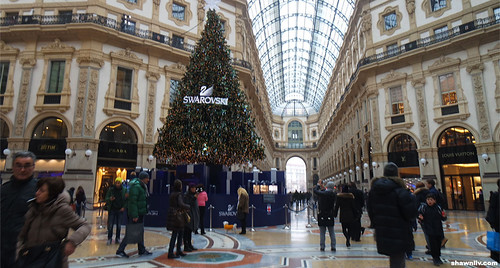 The Galleria Vittorio Emanuele II is one of the world’s oldest shopping malls. Housed within a four-story double arcade in central Milan.

Thereafter, spend the rest of the afternoon shopping or sightseeing at leisure in Milan. After having the rose gelato, walked out for bus to the next location; Switzerland. 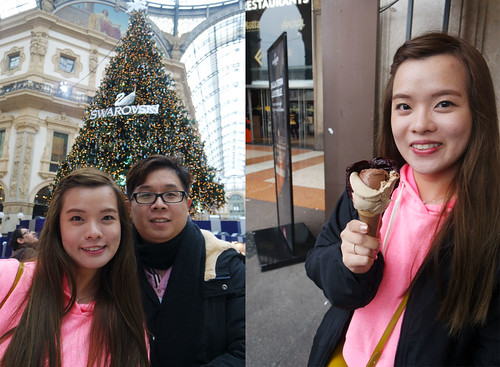 FoxTown Factory Stores, the temple of luxury and elegance where 160 stores of the most prestigious brands for men’s, women’s and children’s clothing, sport articles, household goods and accessories. After all, bought myself a shoulder bag and continue to the Hotel Postillon, Buochs, Switzerland‎. 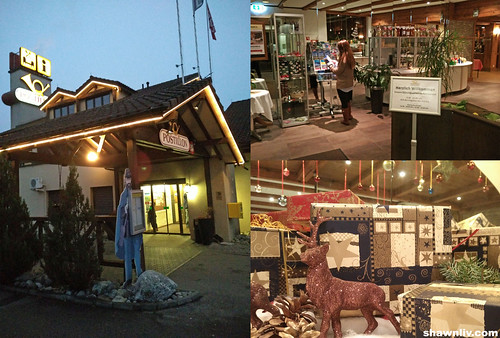 That our beautiful room 302.

After dinner, proceed to Postli bar for a cocktail drink.