After breakfast, heading to Rhine Falls.

“Rhine Falls” Europe’s largest waterfall. The falls are located on the High Rhine between the municipalities of Neuhausen am Rheinfall and Laufen-Uhwiesen, near the town of Schaffhausen in northern Switzerland, between the cantons of Schaffhausen and Zürich.

Last, spend all our Swiss franc in a souvenir shop. 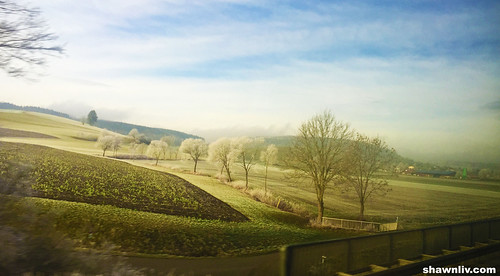 On the way to Titisee, Germany for lunch.

The pork-knuckle, beer, black forest cake were quite good

The Drubba, which is a Cuckoo Clock maker and seller.

Beside, The Drubba also sells a variety of branded watches, jewelries, wallets and accessories. Of course, the most popular is the cuckoo clocks.

Many souvenir shops around. After all, heading to Heidelberg, Germany. 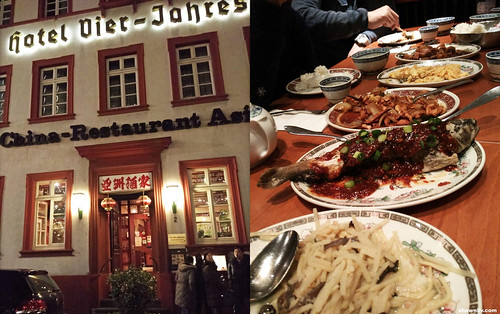 Alte Brücke, The Karl Theodor Bridge commonly known as the Old Bridge, is a stone bridge in Heidelberg, crossing the Neckar River.

Heidelberg Castle (German: Heidelberger Schloss) is a famous ruin in Germany and landmark of Heidelberg. The castle ruins are among the most important Renaissance structures north of the Alps.

The oldest part of the city, the Altstadt sits just below the Schloss. It extends along the river for a mile, with Karlstor on one end, and Bismarckplatz on the other.In between, is a wonderful combination of old and new buildings, narrow streets, market squares, arts, history, science, shopping, eating and relaxing. 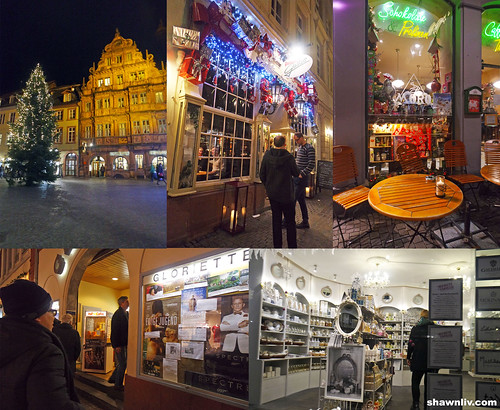 Set in an ornate, late-Renaissance mansion built by a Huguenot cloth merchant in 1592, Hotel zum Ritter St Georg’s cheaper rooms are an anticlimax after the opulent facade, but the spacious Superior (28 sq m) and De Luxe (35 sq m) rooms. 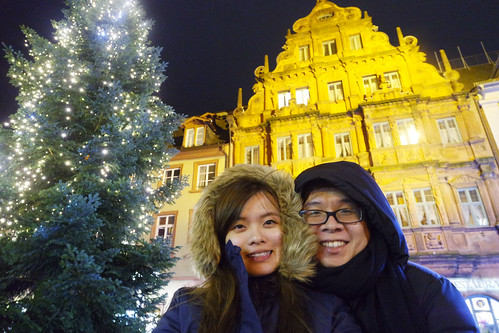 19th century Fridolin Knösel, chocolatier and master confectioner, invented the famous Heidelberg studentkiss – a type of chocolate confectionery that a student presented to the object of his affection many years ago. 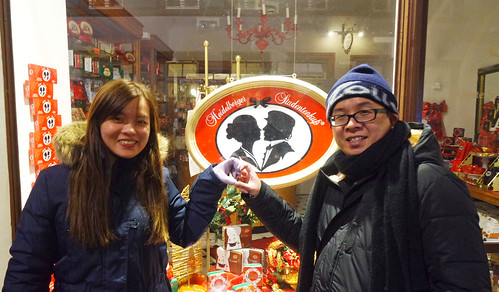 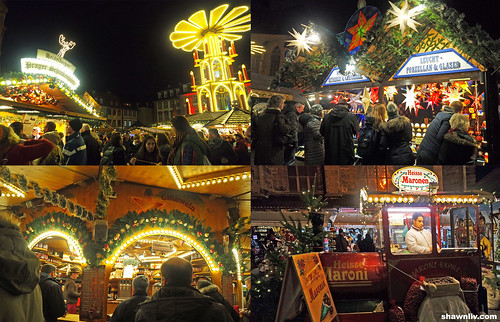 Our day ended after our Christmas market tour.